First awarded in 2011, the Sidney Myer Creative Fellowships provide unrestricted grants of $160,000 tax free over two years to individual Australian artists, arts managers and thought leaders in the humanities. Specific outcomes for the Fellowships are not required.

The two criteria used to select Fellows are: outstanding talent and exceptional courage. Specifically, this talent and courage relates to the artistic practice of the Fellows and not to cases of personal hardship.

Nominations are welcome for artists and arts managers across the entire spectrum of the visual, performing, interdisciplinary, new media and literary arts. Consideration is also given to arts managers and thought leaders in the humanities. Applicants to the program may not self-nominate and must include two referees who are not the nominator.

To qualify for a Sidney Myer Creative Fellowship, nominees must be an Australian citizen or permanent resident nominated by another individual (who is not a member of their family). 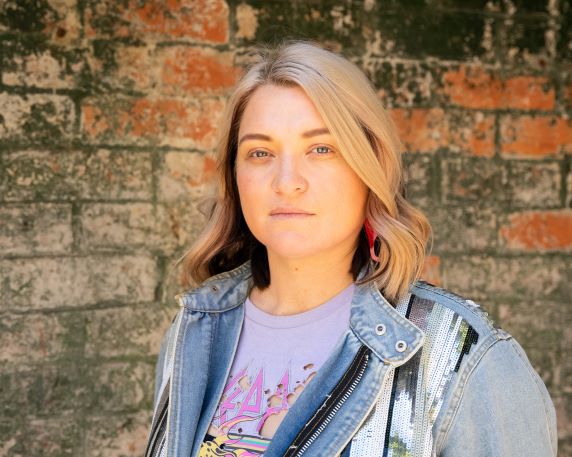 Alethea, the founder of Digi Youth Arts and BLAK SOCIAL, is an artist and cultural leader who has done extensive work to carve pathways and create spaces that advance First Nations artists. 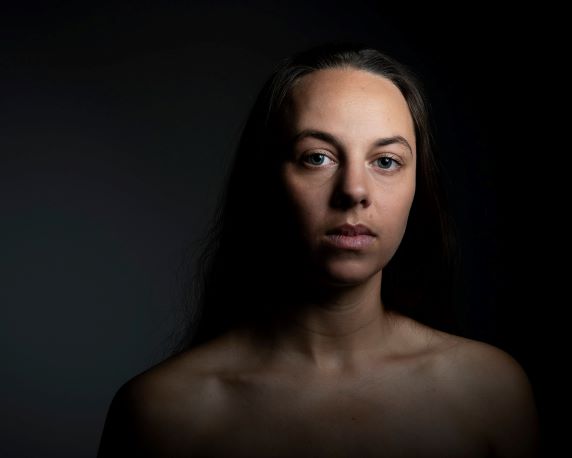 Carly is a performance artist working across dance and theatre, sculpture, drawing, voice and installation, exploring class, the experience of being part of the Indigenous diaspora of Australia, intersecting identities, and the navigation of personal and collective trans-generational inheritances. 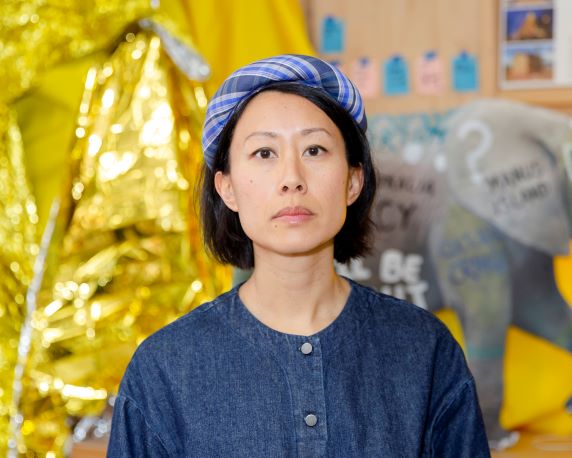 Eugenia is an Australian artist of Chinese-Singaporean descent who works with the body, performance, film, social and spatial practice to explore how national identities, migration and capital cut, divide and bond our interdependent world. 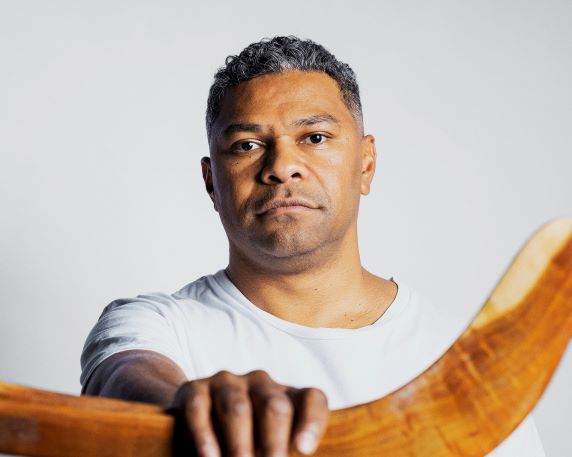 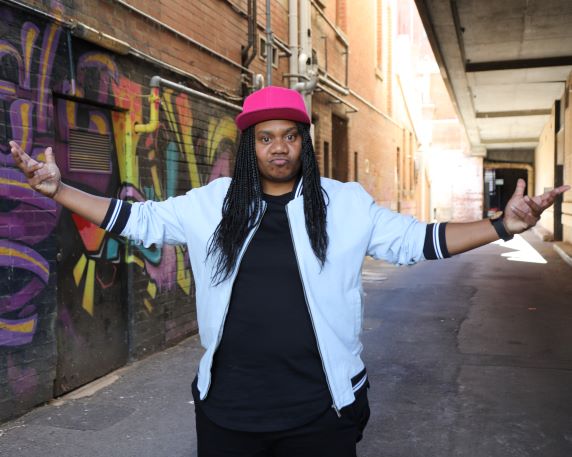 Ghenoa has had a lifetime of learning Traditional Torres Strait Islander culture. She navigates the arts across a variety of industries: dance, theatre, comedy and screen as a storyteller, director, writer, choreographer, performer, host, teacher and mentor. 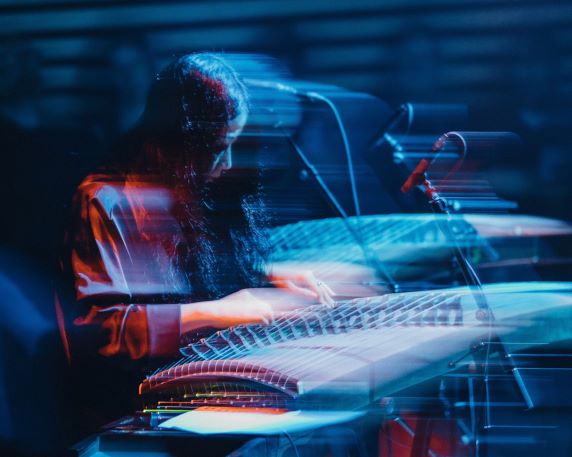 Mindy is a Chinese/Australian composer and world-leading contemporary Guzheng artist. She was born and classically trained in China and studied composition in the UK. 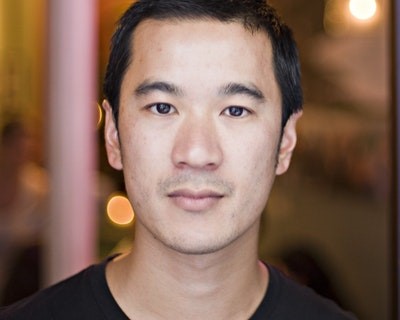 Nam is a writer based in Melbourne. His critically acclaimed work encompasses fiction, non-fiction, poetry and screen, and is widely translated, anthologised and taught. 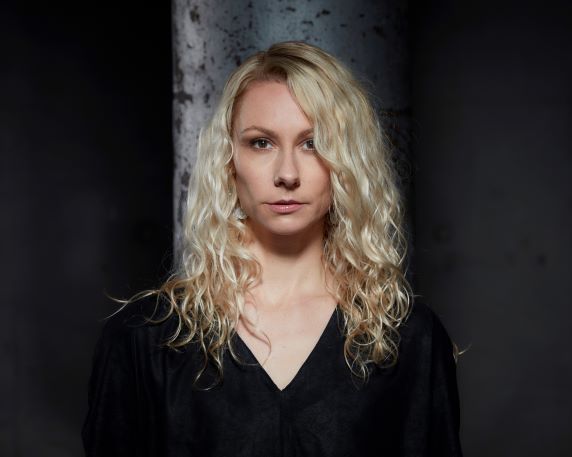 Rachel is a dance artist with an extensive career as a performer, choreographer, educator and mentor. She has become one of the most respected Western Australian choreographic voices within the national dance landscape. 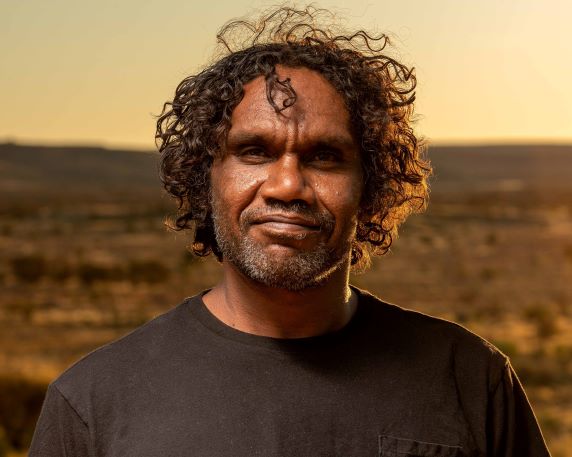 Vincent is a painter from Indulkana on the Anangu Pitjantjatjara Yankunytjatjara Lands in the north-west of South Australia. Predominately a painter of portraits, his work offers a wry look at the politics of history, power and leadership from a contemporary Indigenous perspective.
PAST CREATIVE FELLOWS

How does one determine the nominee's years of practice?

‘Years of practice’ relates to the work of an artist, arts manager or thought leader in their nominated form outside the context of tertiary training – this can be in a paid or unpaid capacity. Generally speaking, and for the purposes of this program, artistic or creative practice follows formal training. Where a nominee does not have formal training, the beginning of their practice is commonly marked by a significant recognition of the artist’s work and the artist’s vocational commitment to ongoing practice.

The Fellowships are intended to support the careers of originating artists and cultural leaders. Arts and cultural workers whose practice is primarily in education or therapy (for example, music therapy) are not deemed eligible for this program.

An artist who has exercised a number of roles within an art form is deemed to have a continuous practice within that art form. That is, a nominee whose art form is the visual arts, and whose post-tertiary career began in art making and subsequently shifted to art curation will be regarded as having a continuous practice in the visual arts. In calculating their years of practice, the nominee should combine these two periods.

The Sidney Myer Fund recognises that many artists (with or without training in traditionally recognised art forms) are working in borderlands and new territories less clearly defined as a single arts practice. The Fund welcomes nominations for these artists provided they include a detailed biographic narrative clearly delineating the nature and duration of the practice which they are being nominated for.

What if there has been a break in the nominee’s artistic or cultural practice?

Artists’ careers are not always linear, and the Fund recognises that there may be periods of time when the nominee has withdrawn from artistic practice.

A nominee may have taken a significant break from their artistic practice to care for children or others. This period of time can be taken into account when calculating their years of practice. For example, if a musician worked for five years, then took two years off to help raise a child, then returned to working as a musician for five more years before being nominated, their overall years of practice would be ten (not twelve).

Similar consideration will be afforded to forced career breaks due to injury, ill health or, indeed, a global pandemic that materially restricts the capacity of an artist to practice.

Should an artist have more than one arts practice, then this can also be taken into consideration. For instance, an individual may have practiced as a fine arts painter for three years, then worked as a production designer or props maker for ten years, then returned to their visual arts practice as a curator for the following six years. The period of continuous practice in the art form for which the nominee is being nominated (the visual arts) is the cumulative total of nine years, being three (painting) plus six (curation) over a nineteen-year period.

Does the nominee have to produce an artwork at the end of the Fellowship?

The Fellowship grant is untied. Fellows can spend their grants as they see fit.

Is a report or acquittal required at the end of the Fellowship?

We ask our Fellows to provide a brief written report at the end of year one and year two of the Fellowship.

Are Creative Fellows required to be Australian Citizens?

Fellows must be Australian Citizens or Permanent Residents of Australia.

Can I nominate more than one person?

A nominator can choose to nominate more than one person for a Fellowship.

How is the Fellowship paid and do Fellows have to pay tax on their grant?

Fellows will receive their grants in tax-free yearly instalments of $80,000. Refer to the Australian Taxation Office’s Class Ruling declaring the Fellowships tax free for details.

How will I know if my nominee has been granted a Fellowship?

On submitting the form, the nominator will receive a confirmation notice that it has been received. After the conclusion of the selection process nominators will receive a letter from the Fund advising them of the outcome.

What do you mean by ‘talent’ and ‘courage’?

The words ‘talent’ and ‘courage’ will mean different things to nominators in relation to their nominees depending on the nature of their practice and the context for this work. The nominator will need to identify what it is in relation to the nominee’s creative practice that most strongly distinguishes their outstanding talent and exceptional courage.

Please note, in the context of the Sidney Myer Creative Fellowships, courage relates to the nominee’s arts practice (commonly illustrated through artistic challenges, daring innovation, breaking new ground and redefining the possible) and not to surmounting personal hardships. Personal sacrifice may indeed be formative but it does not, for the purposes of the selection process, equate to creative courage.

What if the nominee is employed by a company at the time of receiving the Fellowship?

What is meant by 'art form'?

The question about art form relates to the art form in which the individual is nominated. These artforms include visual, performing and literary arts, digital and interdisciplinary arts, arts management and thought leadership. Nominees might be painters, sculptors, curators, dancers, choreographers, playwrights, actors, circus and physical theatre performers, comedy artists, dramaturges, producers, directors, musicians, composers, conductors, multi art form practitioners, digital artists, designers, animators, editors, curators, publishers and leading voices in the humanities. If you are nominating an individual whose practice is in the humanities, please answer the question most closely relating to their humanities practice (for example, ‘writer’). Profiles of current and past Fellows can be found on the Sidney Myer Fund website.

What support materials should be provided?

Hyperlinks to sites such as Vimeo or other password protected sites should where possible use the standardised password: Fellowship22

Who can apply for a Fellowship?

Individuals must be nominated by a third party for a Fellowship.

Who should be asked to referee?

Referees should be well regarded individuals who can best speak to the nominee’s achievements and potential. Referees cannot also be nominators for the same nominee.

Who should be the nominator?

Preferably, the nominator will be the person who can best speak to the nominee’s artistic or cultural practice in the arts and/or humanities. A nominee cannot self-nominate and cannot be nominated by a member of their family.

Who will be on the Judging Panel?

The final decision about who receives the Fellowships is made by the Sidney Myer Fund Trustees on the recommendation of a national Peer Review Panel. Respected arts and cultural leaders from around the country are invited to join the Panel each year – the Panel’s membership is continually evolving. The Panel is only made public at the conclusion of each year’s judging.